Adolescent Reproductive Health in Gunungkidul: Monitoring and Evaluation of WRI’s Advocacy Program, 6-8 May 2014

The progress achieved is as follows: Bening Hati was chosen as the winner of the provincial competition of Information & Councelling Center for Youths Category Tumbuh and Tegak by BKKBN. Routine meetings are held by the management (14 men and women) as well as the members of the group (approximately 80 people). As an icebreaker, Bening Hati also held an outbound with all group members in order to maintain participants’ enthusiasm and consistency in performing their activities at Bening Hati.

Due to their achievement as the 1st Winner of the Youth Forum Competition, Bening Hati is to make a documentary on their organization’s profile. The film-making on Bening Hati’s profile was carried out with the WRI Program Officer in Gunungkidul, Tri Asmiyanto, in cooperation with BPMPKB (the subdistrict BKKBN). This film will be competed in the next competition at the national level.

In the effort to find solutions for the existing obstacles, WRI Gunungkidul Program Officer Tri Asmiyanto assigned the students to make articles relating to youth issues. The selected articles will be made into a bulletin and will be distributed to all students to make Bening Hati’s presence more beneficial for everyone.

Apart from an Islamic boarding school, the Al-Hikmah Foundation also owns the Al-Hikmah Orphanage, where 14 children (10 boys and 4 girls) aged 6-12 live. The majority of children there were abandoned by their parents and/or were street children. Several members of the Bening Hati management also act as organizers or sitters at the orphanage.

Kelas Remaja Putri holds routine meetings twice a month or biweekly. During their last meeting with Ibu Bidan (Midwife) Endah, the members of the Class were asked to visit junior and senior high schools in Ponjong.

This activity was postponed for two weeks due to the National Examinations faced by the participants of Kelas Remaja Putri, as half of them are in 9th grade. In addition, during the following week, the members of Kelas Remaja Putri in the 7th and 8th grades faced their Final Exams. Thus the activities were adjusted with their schedule to avoid conflicts with their preparation for exams. 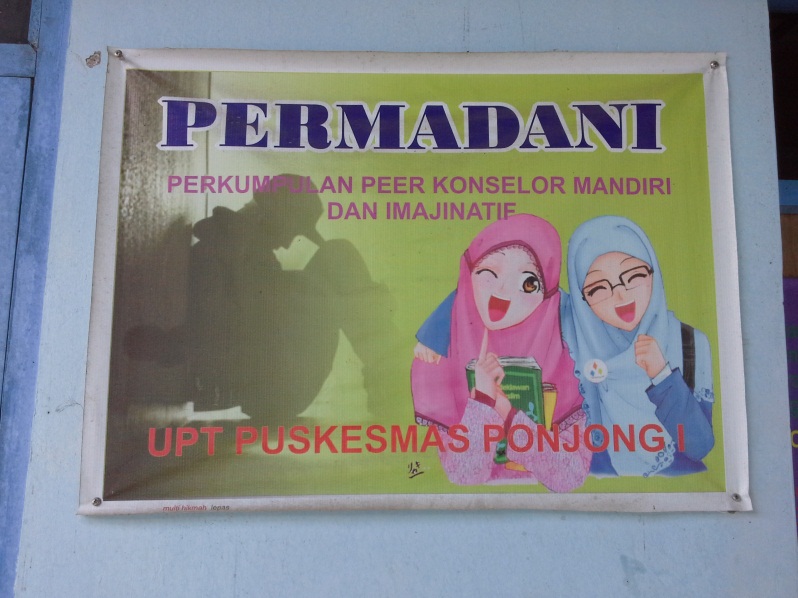 To develop the group discussions, Ibu Bidan Endah through the Health Center Ponjong made a special space, called Permadani, for youth groups to hold discussions. Permadani had been established for some time but has been undergoing a hiatus. This activity is planned to be held with financial assistance from Health Operational Assistance (BOK) which, despite being limited, is expected to establish other youth groups from schools in Ponjong Subdistrict.

Ibu Bidan Endah expressed her hopes that WRI’s collaboration is not limited to Kelas Remaja Putri but also with Permadani and/or the Health Center of Ponjong. This will impact the Health Center positively because it will be able to network with NGOs in enhancing the reproductive health of youths in Ponjong Subdistrict. Police won the 3rd place in the youth forum competition held by the DI Yogyakarta Community Empowerment, Women's Affairs and Family Planning Agency (BPMPKB). Therefore, Police will be able to increase its rank from Tumbuh to Tegak, provided that it can bring a larger benefit to youths outside Pokak Village. Police is required to facilitate a health promotion to schools in Karangawen, consisting of 5 junior high schools and 1 vocational high school. This activity is expected to boost the capacity of Police members as peer councellors, providing them the experience and confidence to deliver information as well as share knowledge and experience related to adolescent reproductive health.

Apart from WRI, Family Planning officers will also help Police to prepare the school visits at Pokak. They plan to maximize the opportunity provided by the orientation of freshmen which will be held in July-August 2014. The target is to give freshmen an adequate knowledge on reproductive health and attract them to join Police, or even establish youth groups focusing on reproductive health at their respective schools.***