The Monitoring and Evaluation of the Adolescent Reproductive Health program in Bandung was held on Tuesday-Wednesday, 29-30 April 2014 by Rahayuningtyas (WRI Program Coordinator for Adolescent Reproductive Health) and Benita Nastami (WRI Researcher). The objectives of this activity are to monitor the development of WRI’s program in Bandung as well as identify the achievements and possible challenges. 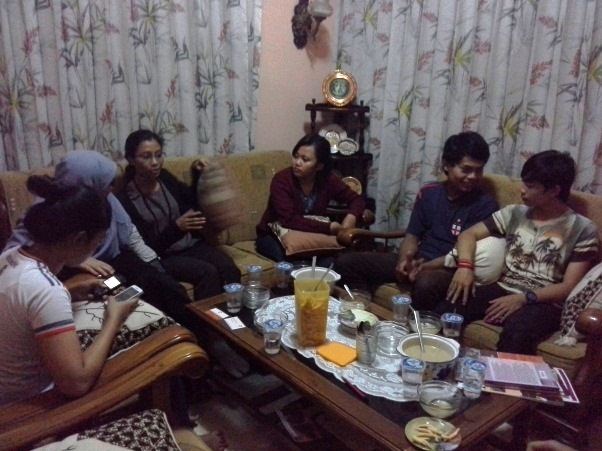 In addition, the WRI Program Officer in Bandung had also approached several stakeholders who are to be WRI’s partners in this program, such as:

The monitoring and evaluation program was first conducted at the State Vocational High School (SMKN) 3 Bandung, where a meeting was simultaneously held with the students there to establish a youth group. The activity was carried out at the meeting room in SMKN 3 Bandung, accompanied by the Vice Principle of SMKN 3 Bandung. Due to the warm support from the school, the establishment of the youth forum went relatively well. Students also showed their high enthusiasm, as the number of students who attended exceeded 60 people.

Apart from an introduction with the WRI program, a youth group was also established under the name of “Laskar Peduli Kespro” or SRHR Troop, which will engage in routine activities with WRI. LPK consists of 30 members, with an organizational structure consisting of a chairman, a secretary, and a treasurer. It is expected that this activity can be held routinely, considering the previous experiences of SMKN 3 Bandung which had been visited by a number of foundations offering collaborations that went less well than expected. The school also hoped that this activity can involve more students, for instance from the Youth Red Cross, as they also need information related to adolescent reproductive health. 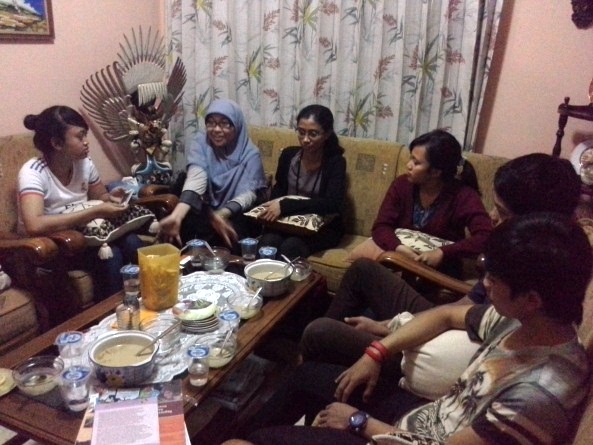 The Smart Resilient Diligent Endeavour Creative (CURUK) group at RW VII Cibangkong conducted discussions with the management and several members of the group, which consists of 6 people. A day prior to that, a discussion between PO Bandung and CURUK group had discussed the structure of management and discussion agenda. The CURUK Group is part of Karang Taruna, the Community Youth Organization, hence the structure of its organization should be made different from the existing Youth Organization.

An existing routine activity carried out by the RW VIII Cibangkong Karang Taruna is a musical performance. They develop traditional Sundanese music for members of the Karang Taruna that were interested, and have received many invitations to perform at events around Bandung.

Youth problems that had occurred within the area of CURUK include an unplanned pregnancy of a junior high school student, who was subsequently expelled, causing her to discontinue her education. The CURUK youth forum realized the importance of a comprehensive SRHR education considering the dire “threat” coming from the environment which can endanger teenagers and rob them from their future due to the lack of information that they gained.

Meanwhile, similar to the CURUK group, the GOAL group in RW.VII Gumuruh District also consists of youths of Karang Taruna in RW VII Gumuruh District. They also hold routine activities such as the “Clean Monday” which is a cleaning-up community service carried out by youths, the routine 17 August competitions to comemmorate the Independence Day, etc.

A lot of the youths are very active and voluntarily engage themselves in youth organizations such as Karang Taruna and the local mosque forum, but several others only participate minimally and occasionally, while some even refuse to be involved in such organizations.

The abundant youth problems could be attributed to the dense population area, among other causes. In such places, cases of premarital pregnancy and other problems have been found to occur. Many teenagers lack the skills and education to secure an adequate job.

The GOAL group considered a comprehensive reproductive health education important for youths to reduce or even eliminate the cases in their environment. They also hoped for a training to develop the skills of youths, especially those who dropped out of school, to enable them a particular skill to help them get a job and fulfill their life needs.***