WRI did a comparative study to Korea in an effort to gather information and review organization works in general and, more specifically, to learn about knowledge management. Supported by the regional working network of the Asia Foundation, the comparative study was relevant and able to serve as a forum to share lesson learnt to manage knowledge resources optimally between two countries with different political, bureaucratic, social, cultural and historical backgrounds. This study took place on 6 to 11 March 2011, and represented by WRI’s Executive Director Sita Aripurnami, Research Director Edriana Noerdin and Senior Advisor Myra Diarsi.

Institutionally, WRI obtained benefits from the comparative study quite optimally. One of the benefits was indicated by following up it up with educational (trainings) programs, among other, with the Korean Women Development Institute (KDWI). WRI involved in the programs, starting from the planning to the implementation.

After the completion of the comparative study to Korea, there was a discussion and meeting between KWDI and WRI at the latter’s office in Jakarta in April 2011. The meeting was attended by KWDI President Director’s. It was later followed up by a workshop in Jakarta in August 2011. The workshop consisted of an expert discussion involving the issues of a) Women Political Empowerment and Leadership, b) the Capacity Building of Women’s Groups in the Grass Roots and c) Violence to Women & Human Rights. 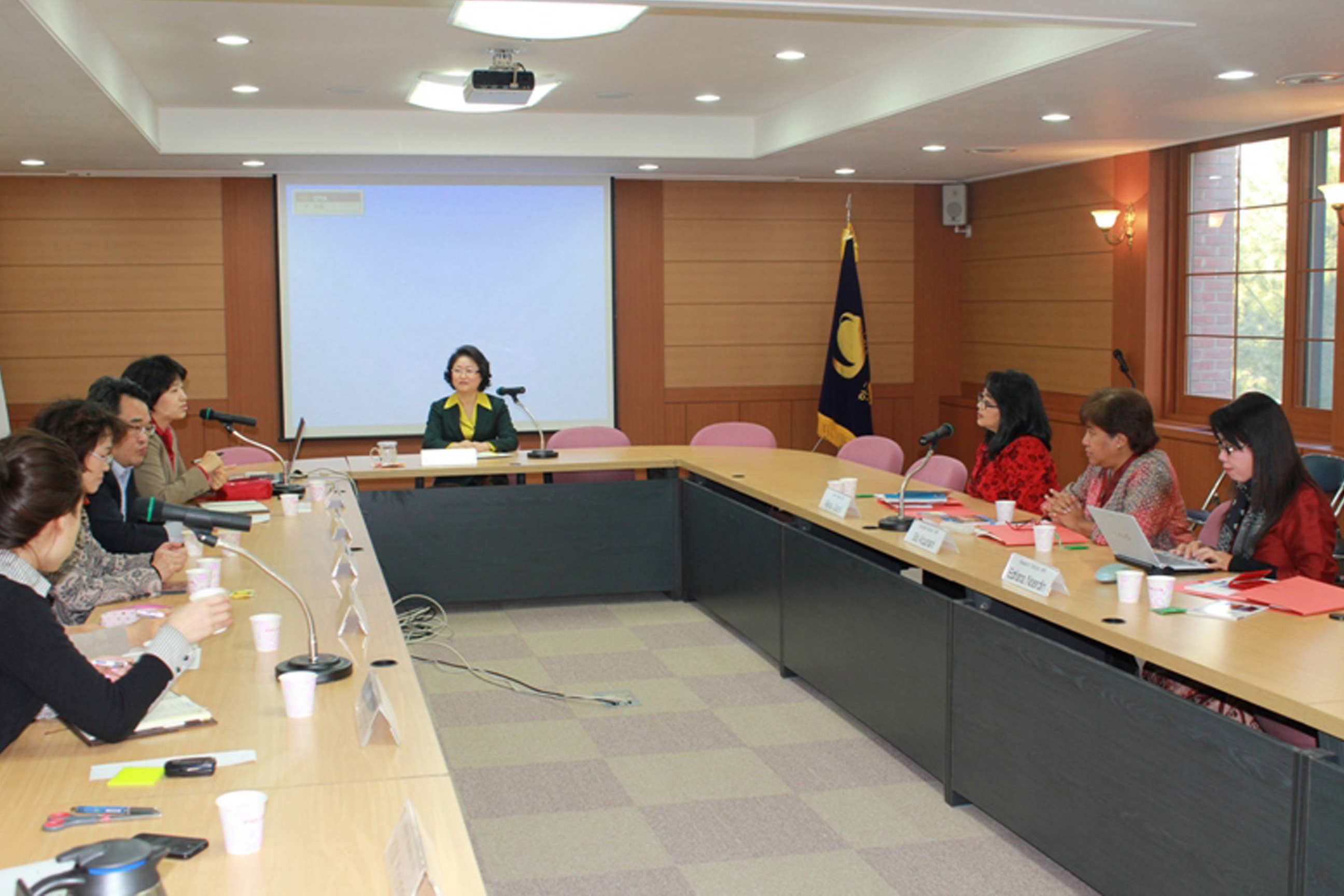 It is also worth noting that WRI obtained the opportunities to attend the celebration of the International Women’s Day in Korea, gain information and lessons that are relevant to improve relations with the media continuously and regularly to promote ideas or practices involving gender equality. The lesson learned are not only beneficial to WRI, but also to Indonesian people in general as WRI has been actively distribute and forward the information from the activities for more equitable gender relations to women movements in particular.

WRI examined library collections and how to access them via the Internet and exchanged some books and publication to all KDWI-linked institutions that were visited by WRI.
In Gyunggi WDC, WRI enjoyed the exposure to all job and entrepreneurship workshops, child care facilities and historical description of the founding of GWDC.